All of my books are in Kindle Unlimited, the book subscription service run by Amazon. Unfortunately, that means those books are also exclusive to Amazon (I know Amazon isn’t the only game in town), but I wanted a low-cost way for readers to access my entire catalog.

A drawback to the service is that it’s difficult to find books in the program. Discoverability is a huge problem. One person trying to solve this problem is reviewer Catherine Griffin, with her website, Unlimited Book Reviews. With a focus on SFF, Griffin provides reviews of books only found in Kindle Unlimited.

I suggest you check it out! Her reviews are thoughtful, honest, and comprehensive.

SPOILER ALERT: I’m about to reveal the endings to two of my books – High Maintenance and Honor System. If you haven’t read them – DO NOT READ THIS POST!

I have a pet peeve with books that spell things out. As a reader, I don’t like being talked down to. If the author gives hints or even significant details leading up to something, I want him to trust me that I’ve picked up on these things.

With that in mind…as a writer, I sometimes forget that I’ve lived with my characters a long time, and the story’s been building in my head for ages, and I make the mistake of assuming that my readers are right there with me.

Case in point: the ending to High Maintenance.

It jumps ten years ahead (the title of the last chapter is EVER AFTER, and I mention that Ryan thinks about his accident from ten years ago). Cat, the daughter of Andy and Karen, is coughing and wakes up with night sweats. Ryan comes into her bedroom and comforts her. I also mention that there’s a child who looks like Carly in bed with Ryan and Carly.

So what the heck is happening? Cat is HIV positive (hence the coughs and sweats). Andy and Karen have passed away from AIDS, or at least can no longer care for Cat, so Cat’s living with Ryan and Carly. Ryan and Carly are together (we can presume married), and have a daughter of their own.

I didn’t want to spell it out, because I didn’t want my readers to think I considered them too simple to get it, but now that I have some distance from the book, I realize I should have been clearer. Damn it.

I made the same mistake in Honor System.

At the end, Nicole Calyx has basically taken Emmaleth hostage in order to become a Dweller. Emmaleth’s brother Free, who we know has the power to hurt someone, stands at the locked door and concentrates. Then he collapses. Em screams, and we find out Nicole has had the predicted aneurysm and is dead.

So tell me: did you understand what happened? Did you get that Free gave her the stroke? I’d really love your feedback, because the last thing I want is for my books to be unclear.

I’m super excited about the cover for Systems Go, the final book in The System Series. My talented designer, Jason Walsh, captured exactly what I was looking for.

And don’t worry – it’s not space opera! (I love a good space opera, but that’s not what the series is.) I did go a bit off the rails with this book – more romance, for sure. But this cover hints at what’s coming in the future, not what actually happens in this book. It’s a risk…but all the covers in this series have been a risk. Hope you like! 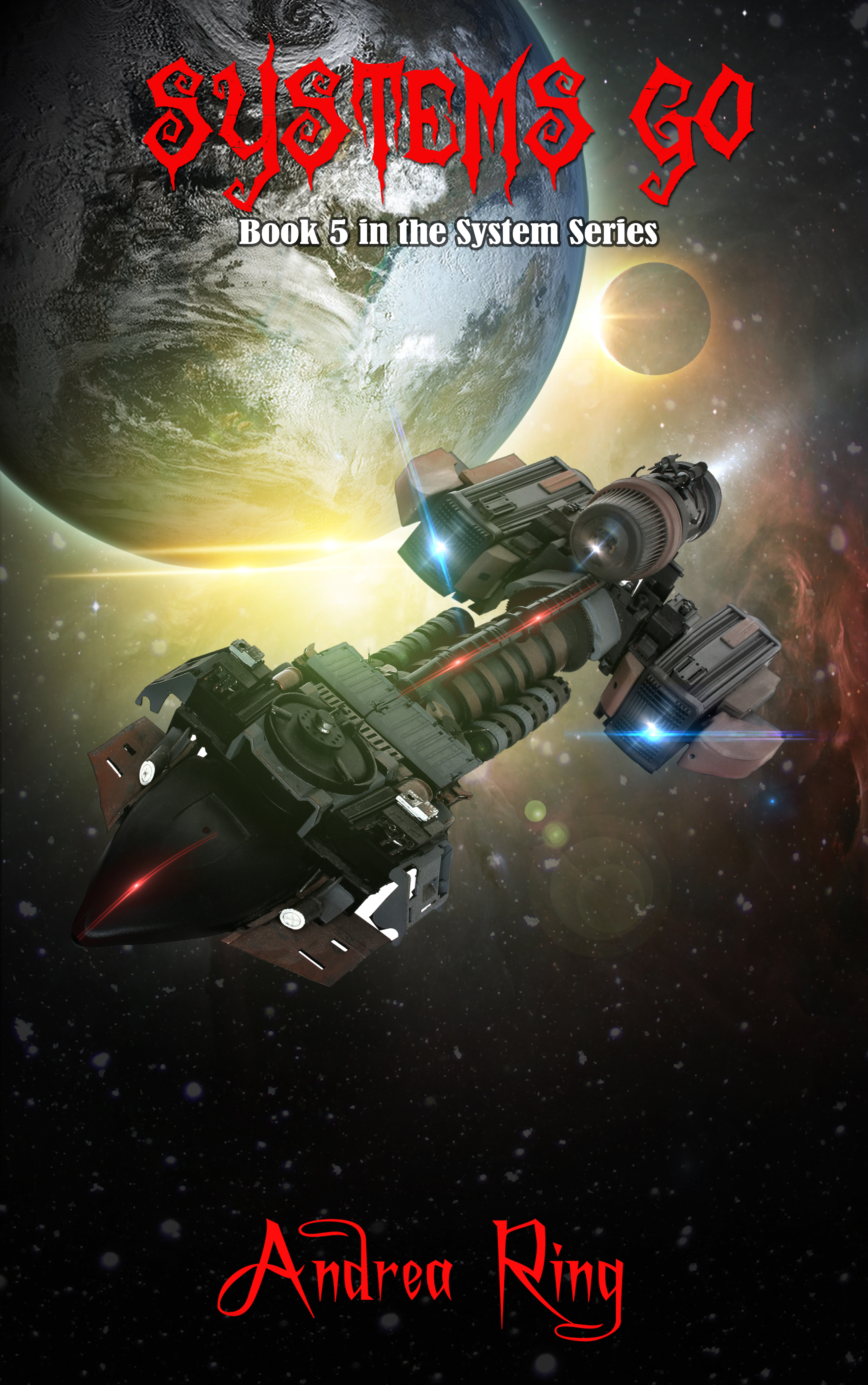 My hardworking, amazingly talented husband has been transforming an old, smelly, rat-infested shed on the side of our house into a writing space for me. It’s so cute! 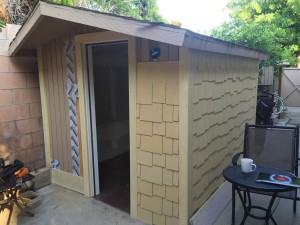 You can see I haven’t quite made it inside yet. Hope that El Nino holds off until the space is finished!

I chose a pale lavender for the interior walls, but I want something bright and outrageous for the exterior. I’m considering a bright pink to match my hair. 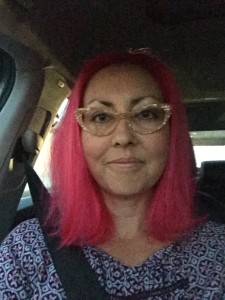 (And yes, that’s really me. Bleached it, the whole nine yards. Best 40th bday present EVER. Well, except for the mug I got from Jenecca. This mug rocks.) 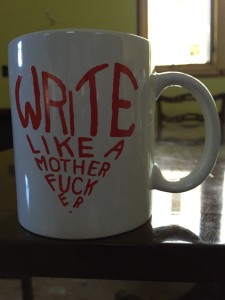